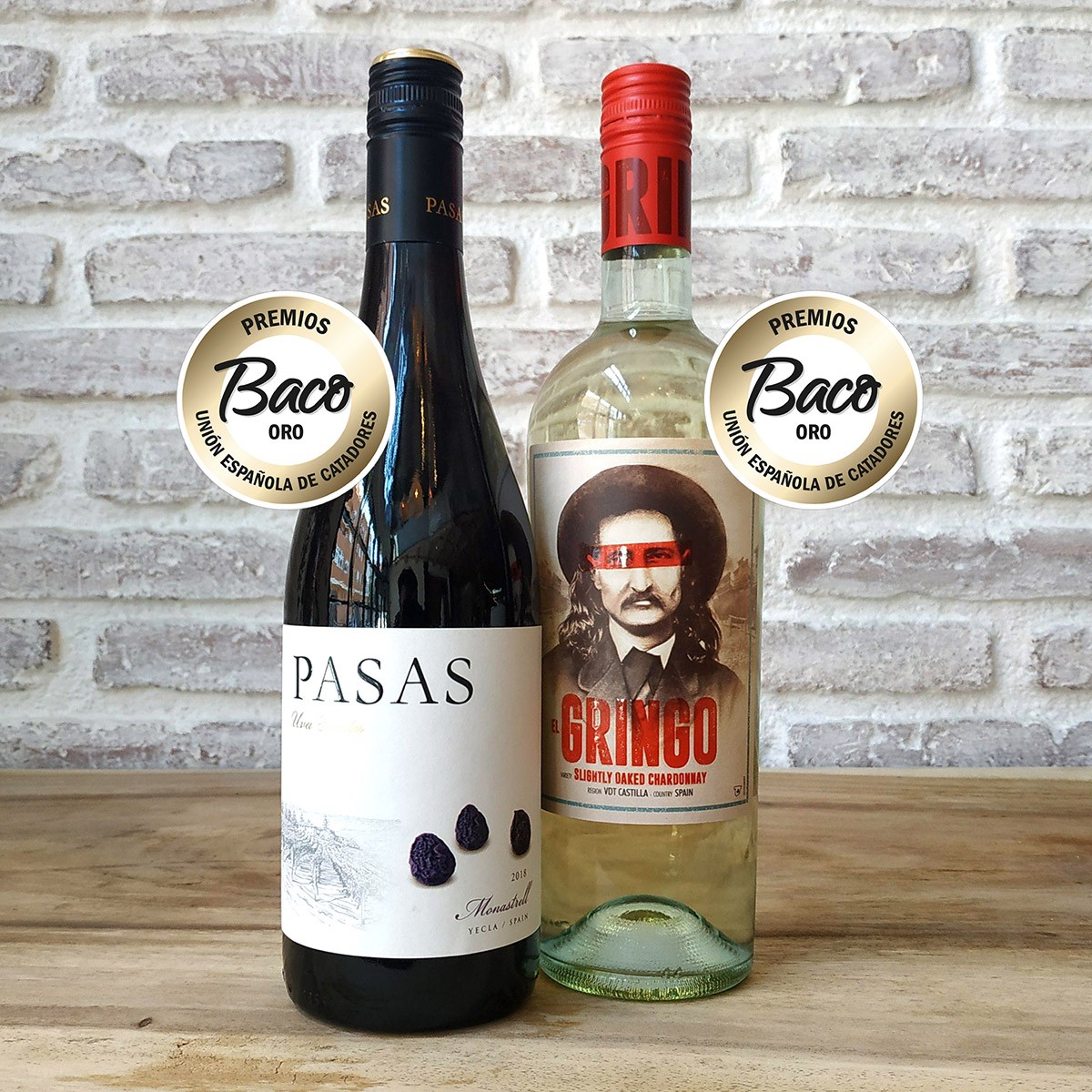 The Unión Española de Catadores (Spanish winetasters' guild) just announced their awards, and the Golden Baco to the best winemaker goes again to Pablo Estévez.
Back

This past June we’ve had a lot of good news. The Baco Awards, granted by the Unión Española de Catadores (Spanish winetasters guild) have been recently announced. These awards the best young wines of the year.

This year El Gringo Slightly Oaked Chardonnay and Pasas Uva Tinta have been awarded with the Golden Baco,

Pasas Uva Tinta is a Hammeken Cellars’ classic. The yearly production is over 260.000 bottles, and it’s present in 15 countries. It’s an excellent example of the wines from D.O. Yecla, with cherry and black fruit notes, soft tannins and well balanced.

El Gringo Slightly Oaked Chardonnay is the very latest launch of Hammkeen Cellars, together with El Gringo Dark and Rich Monastrell, both brothers of El Gringo Dark Red Tempranillo (the latter is the Product of the Year in Canada). It comes form La Mancha, and its aromas of peach, melon and even tropical fruit, as well as its refreshing acidity, makes it a very good choice for any occasion.

Last but not least, the Golden Baco to the best Winemaker of Young Wines goes for second year in a row to our colleague and friend Pablo Estévez. Congratulations, Pablo!!