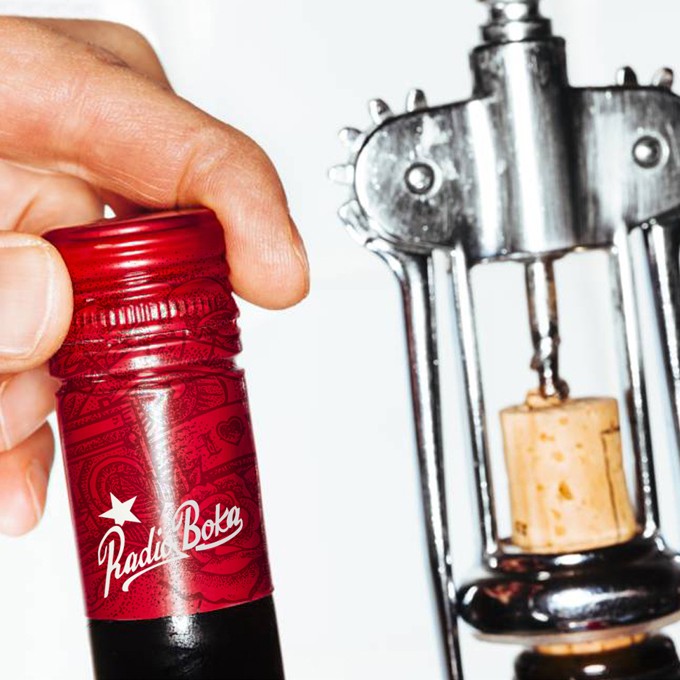 Cork or screwcap? Let there be no doubts!!

Whenever people are confronted with cork or screwcap wine stoppers there is always someone asking if one is better than the other... do you also want to know? Keep on reading...
Back

So, a couple of days ago we organized a “focus group” where consumers were tasting different wines, with the aim of understanding which ones did the people like best, and why. Amongst the chosen wines, there were some with cork and some with screwcap. And of course, the everlasting question arose: “Why are there cellars that commercialize wines with screwcap? Is it because they’re cheaper?”

Opposite to what some people think, the decision of using cork or screwcap is not cost driven, but it’s about where the demand lays in each market.

It’s true that some most of the people tend to prefer the cork to the screwcap, specially if we run the survey in the “old world” countries. But is there a solid base to support this choice?

The answer is… it depends. There are a lot of myths around the screwcap that need to be banished. Or, at least, it is important to understand the pros and cons of both wine stoppers, to make an informed decision.

The cork is a natural product, harvested from the cork oak, which is endemic to Europe and north of Africa. It’s flexible and almost impermeable, but the process of making a cork stopper is long and pricey. The environmentalists are against cork stoppers, however their advocates explain that the bark of the cork oak regenerates fast and easily, thus, the impact on the environment is minimal. The main cork (stoppers) producers are in Spain and Portugal. These stoppers are then covered in a capsule that serves as protection as well as decoration.

There are other type of stoppers, going also by the name of “cork”, however they are made of silicone or agglomerated cork, but we won’t talk about these on this occasion.

On the other hand, the screwcap is a metal cap, most often made of aluminium, that screws on the threads on the neck of the bottle, generally with a metal skirt down the neck to resemble the traditional wine capsule (foil).

The aluminium screwcaps are 100% recyclable.

Now, the cork has been used since forever as wine stopper, mainly because of its natural properties, as it favours micro-oxygenation while being neutral towards the wine (it does not pass on any odours of flavours). This is extremely important for those wines that benefit from keep on developing in the bottle.

Maybe this is why cork has such an enthusiastic following; as some top quality and famous wines finish developing in the bottle, and this is directly related to the usage of these type of stoppers, as we have already mentioned.

However, as cork is a natural product, it’s difficult to control. It sometimes happens that the cork is attacked by fungus, what is known technically as TCA tainting, which, indeed, taints the wine with unwanted odours and flavours, making it undrinkable.

On the other hand, screwcaps are often wrongfully linked to “low quality” wines, but really, it’s just a psychological barrier in the mind of the consumer. Nowadays you can find amazing wines with screwcap. In fact, it is utterly accepted, even well received, that great wines from New Zealand, Australia or South Africa use screwcap stoppers (they also love bag-in-box also known as boxed wines, by the way).

Screwcaps have been used as wine stoppers only for the past 50 years, and it’s been very well accepted in most markets with arms wide open, for their versatility and practicality (well, you don’t need a corkscrew to open a screwcap, do you!)

It’s true that screwcap stoppers can be a bit cheaper than cork, which necessarily impacts the overall cost, improving the price quality ratio of the wine, making any top quality wine more affordable. Besides, you can close back any bottle with the screwcap, keeping the wine in good condition for longer periods (up to two weeks), so you don’t need to drink up that bottle at once! To top it up, screwcaps allow the imagination of the creative team fly.

Needless to say, the cork is the star when looking to the more emotional, romantic, ritualistic side of wine.

If I ask you at this point, which type of wine stopper do you prefer, can you give me a straight answer? Probably not… But really, you don’t need to choose!!!

As a summary, cork stoppers are best suited for wines that will improve their development in the bottle (let’s not forget TCA tainting can happen, though!)

Yet the screwcap works better for young wines – not to be mistaken as low quality wines! - those wines that are to be drank the year after the harvest. Which, by the way, are the vast majority of wines that are produced and consumed nowadays.

So, the next time you see that inviting wine that you decided not to drink because of the screwcap stopper – go and try it!!! Otherwise, how are you going to know what you’re missing?