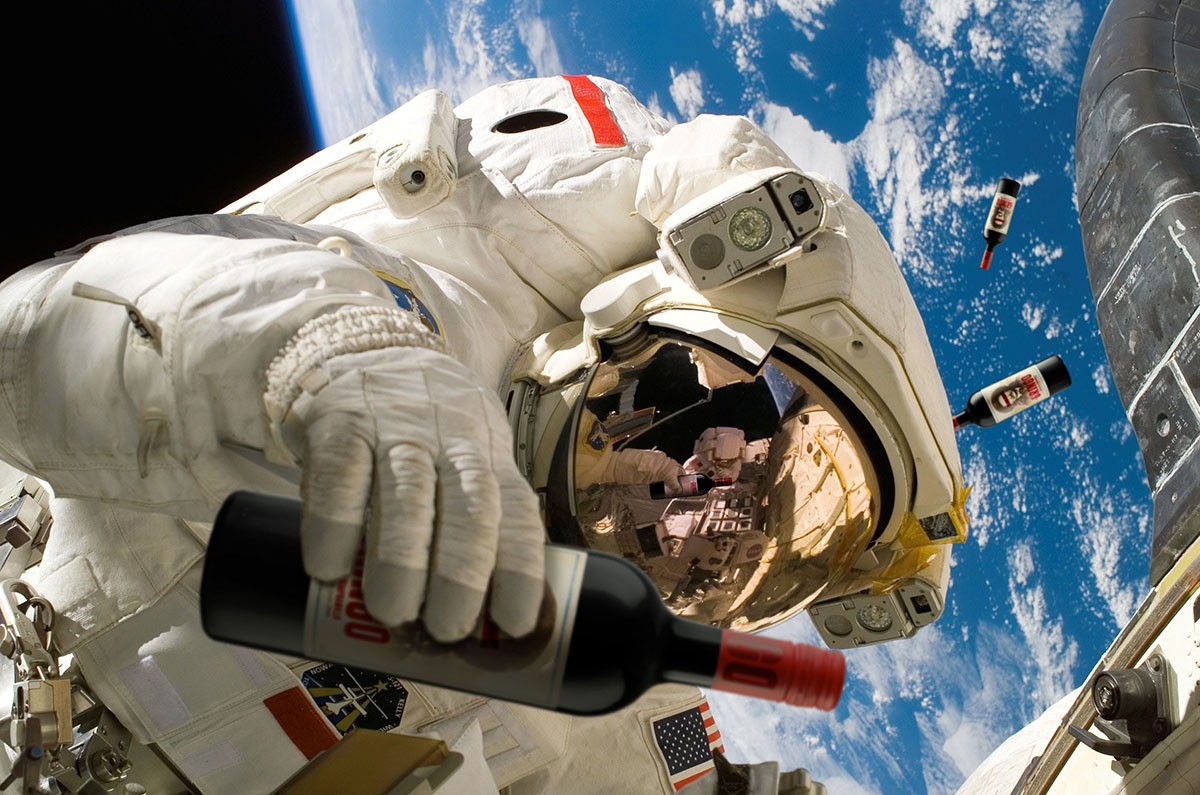 Will we drink wine in Mars? The answer is… who knows?

Space wine? But It’s happening! Yes, you’ve read correctly, there is wine in space now! But hold on, it’s not as weird as it seems. Keep on reading!
Back

Last November the 2nd, a rocket was launched from NASA’s launchpad in Virginia, en route to the International Space Station (ISS), with a precious cargo – no more and no less than 12 bottles of Burdeaux wine. And no, this wine is not to be drank by the inhabitants of the ISS! They are part of a scientific experiment.

The wine will be floating up in the space for a year – at the same time, there will be another 12 bottles of the same wine waiting for them here on Earth. The aim of the experiment is to understand how the low gravity conditions and different levels of radiation affect the evolution and ageing of wine.

In the winemaking process yeast and bacteria are used, and some chemical reactions take place, which makes wine an ideal product to be studied in space.

Upon their return, the samples will be studied along with those that stayed “home”, and the results will be compared. Even though we don’t know what the impact will be in the precious liquid, the specialists expect differences in taste, odour and even colour. But we will have to wait and see the results.

This is the first experiment of this kind, known as Commubios, and is the first out of the six that comprehends Mission Wise, “focusing on the future of agriculture for a changing Earth”

The name of Mission Wise comes from the Latin acronym “Vitis Vinum in Spatio Experimenta”; the closest translation into English would be “Experiments with wine from grapes in the space”.

It is promoted by the Luxembourg company Space Unlimited Cargo together with NASA. The next five experiments have been already programmed and will be launched in subsequent years: Alpha in Winter 2020, Canes in Spring 2020, Wybstudy in H1 2021, Ferment in H2 2021 and, last but not least, Secondpro in H1 2022.

The overall objective of this mission is, amongst many others, to understand taste enhancement, food conservation, investigate possible defence strategies against endemic agricultural diseases (such as mildew), the kinetics of fermentation, or finding out the effect it may have in the antioxidant resveratrol.

This is not, however, the first time that wine was sent to space. In 1985 a French astronaut brought along a bottle of wine during his trip to space in the Discovery; the bottle remained uncorked.

The twelve bottles were sent in the Cygnus capsule, along with other products for testing, such as an oven to cook chocolate chip cookies, and some samples of carbon fibre used by Lamborghini in their sports cars.

Other companies are also taking advantage of this openness of NASA and ISS to commercial experiments. Budweiser has sent some barley seeds for investigation, to make sure their beer will be the drink of choice when we get to Mars.

Likewise, a Japanese company sent samples of their whiskey. Scotch also made a visit to the ISS for another experiment.

All these experiments look to optimize the life conditions as we know them, in the case of an hypothetic colonization of Mars and the Moon.

The current inhabitants of the ISS are three Americans, two Russians and an Italian, we’re afraid they cannot taste the wine, but we are sure they will celebrate accordingly when they land back on Earth.